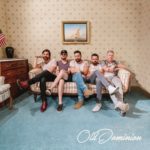 Just a few weeks after Old Dominion toured Germany and the rest of Europe, they released a new album. I am not a too big Old Dominion fan, but of course the band stands for good quality music. They chose the most simple and straight-forward name for the album released on 25th October 2019, as it is self-titled.

Old Dominion – About The Artists

The country music quintett Old Dominion has been found in Nashville. However, the band name refers to a nickname of the US State of Virginia, as four of the musicians are linked to it. The band is still playing in its originally formation, which means that Matthew Ramsey is doing the lead vocals, while Trevor Rosen, Geoff Sprung, Brad Tursi and drummer Whit Sellers majorly act on the instrumental part. Initially, the band released two EPs in 2012 and 2014, but neither of the them really made it big in the charts. The second one, which is self-titled, at least had Shut Me Up, which made it to the US Country Airplay charts. With their 2015 album Meet and Candy, the band boosted to the top acts in the business. Three singles of this album made it to the Top 5 of US Country, US Country Airport and Canada Country Charts. Their second album, the 2017 Happy Endings, could keep up with that success and also topped the US Country Album charts. Old Dominion – or OD3, how it is rarely refered to, is the third studio album of the band.

The album includes 12 tracks with a total play time of 42 minutes. Half of songs have been released before the album release. 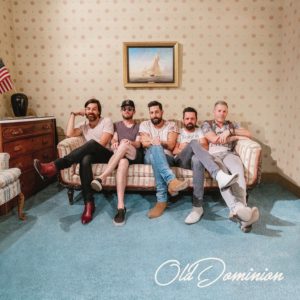 Make It Sweet is one of these proofs, how much the music industry has changed by digital streams, downloads and the strong concentration back from albums to singles: Make It Sweet has been released on 8th October – 2018! Now it is the first track on Old Dominion’s 2019 album. You likely know this one, it is just a good one!

I’m looking for smooth sailing
Feeling the breeze on my back
Get my blues fading
My weather and my wheels on track
Come hell or high water
The sun’s gonna shine
Might not be tomorrow, but I know I’m gonna find
Smooth sailing
Watch me sail away

I really love this track. Quite a typical Old Dominion sound, but with a lot of power, which makes it really nice to listen to.

A rather slow track, which already made it to the airplay charts. A nice love letter to doing music together and joining the good and the bad times of music life.

Four tracks so far, four very different sounds: Never Be Sorry is uptempo. the snapping sound in the rhythm just makes you want to dance. Impressive!

If you ask why a heart can be equivalent to a drinking hole:

Nice songwriting, ain’t it? A rather slow track, but still rather a dance song. I just love this faceted and somehow surprising writing, so that My Heart Is A Bar is one of my favorite tracks of Old Dominion.

More speed than My Heart Is A Bar and another typical Old Dominion sound song. Hard to say anything against this one.

Do It With Me is the first song of a block of tracks, which you might have heard on stage before, but has not been released before. The song is a country music ballad. I feel that the background singing during the chorus is a bit too soupy, but apart from that, a nice track.

I like Hear You Now, but it was the first song which made me feel a bit tired of the voice of Matthew Ramsey. While the melodies and the lyrics change, the singing feels too disposible between the songs of Old Dominion. Might just be because I am not the biggest fan of the band – the OD-followers will quitely likely especially love that.

I’ll Roll makes me a bit happier, as the vocals are more versatile and changing, especially in the chorus. The song is a very nice alternative to the songs before anyway, especially the chorus has a nice touch of classic country music to me and has a classic rhythm. Roll on, Old Dominion!

Song titles like American Style always move me a bit into a “defensive mood”: I don’t like this patriotic songwriting too much. At least, the song is not a “Beer, girls and f*ck, we got a truck, we vote for Trump and you are dumb” song. Unfortunately, it is not too far away from it.

Yeah, it’s Ferris wheels and firecrackers
Red Corvettes and big green tractors
Happy ever after in American style
Rock and roll and peace and love
And breaking in your baseball glove
Ain’t ever gonna go out of American style

About 50 per cent of Flyctory.com’s visitors are US-based. They will love that one, I’m sure!

Paint The Grass Green is the last previously unreleased song of the album. Though I somehow feel that the lyrics are not too bad, I don’t really get in touch with that song. It feels to be the weakest of the album to me. Still a nice production, though – there are just too many really good songs on this collection.

The album closes with a September 2019 release, which already feels like a good friend for my country soul. The slow and thoughtful Some People Do is at least a very nice finish of very different rhythms and sounds.

You can pre-listen to the full album by the Spotify widget:

No matter if you like them or not – you just cannot argue that these guys are no good musicians! OD3 or just Old Dominion is an absolutely lovely produced country album, no real weak spots, with a couple of really good hits. I feel it is a bit of a shame that you knew half of the songs already ahead of the album release – but that is just how the (American) music market is. If you buy, stream, download this one, you have a great potential for a good time. Surely Top Pick! entertainment! 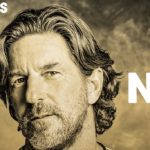 Reading the list of songs written by Brett James is like a Who is Who of the country music business ...
Read More 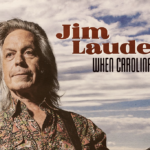 33 studio album just states that you had a massive career so far. Even though Jim Lauderdale was likely more ...
Read More 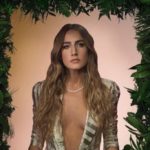 After More Hearts Than Mine boosted Ingrid Andress country music career to a major level, the US country artist released her ...
Read More 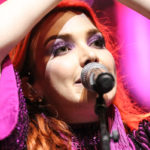 Due to the late cancellation of the C2C festivals in London, Dublin and Glasgow and all the organizational trouble caused ...
Read More 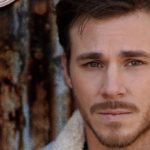 I ran into Dan Smalley as I ran into many young and upcoming artists: after the CD reviews I wanted ...
Read More 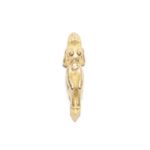 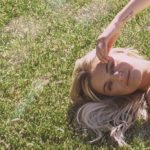 Kelsea Ballerini was one of the first country music artist I feld some sort of fandom for. On 20th March ...
Read More 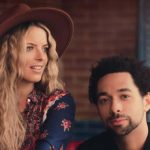 On 13th March 2020, there was some sort of national holiday for the British country music community: not only that ...
Read More 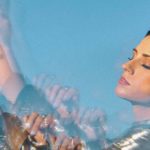 Rachel Reinert – Into The Blue

After her career with Gloriana, Rachel Reinert decided in 2017 to leave the successful project and go solo. On 13th March 2020, ...
Read More 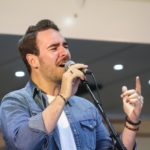 Many people in the German country music business see a lot of potential in Southern German artist Nik Wallner. At ...
Read More 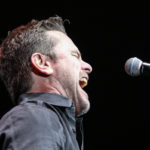 The last four big acts of the C2C Country To Country in Berlin 2020 - the three days have been ...
Read More 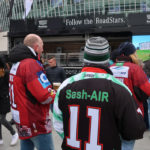 My third and final issue of stories around the C2C in Berlin - time to finish the days of country ...
Read More