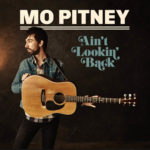 Four years after his last album release – but Mo Pitney Ain’t Lookin’ Back – at least this is the title of his 2020 album, which he released on 14th August 2020. Here is a review.

Mo Pitney – About The Artist

Morgan Daniel Pitney was born on 24th March 1993 in Cherry Valley in Northern Illinois. He started learning the drums at the age of six and added guitar some six years later. On the country music side, his first band was a bluegrass one. He had a quite good start in his career: he signed a record deal in 2014 and already his first single, Country, released in the same year, place #40 in the US Country Charts. This was his highest single charts entry so far – but due to that song and the following single, Boy & a Girl Thing, his 2016 debut album Behind This Guitar made it to the US Country album Top 10. However, there were not too many releases after that album. Ain’t Lookin’ Back is Pitney’s second album. 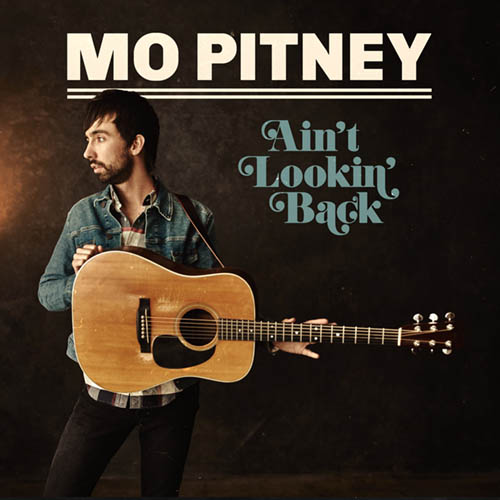 These are the first lyrics of the album. A very deep, thoughtful track. Ain’t it beautiful? I definitely love to listen to the song. When Jamey Johnson joins Pitney towards the end of the track, the song simply becomes breathtaking.

2. Right Now With You

The second track, Right Now With You, is significantly more rhythmic, has more power. Sounds a bit like The Eagles to me. Great song to close your eyes, moving to the rhythm and enjoying Mo Pitney’s story of that song.

We got a roof to keep the rain off
Mail box to write our name on
A ten-acre lot with a little bird dog
On the front porch guarding that screen door
Bacon in the pan, cakes on the griddle
Hand in hand right down the middle
Life with a girl in a love that’s the real McCoy
Ain’t bad for a good ol’ boy

The third song is cool, has a lot of groove – just feels the perfect for a afternoon Mid-West Interstate route. Good start of Mo Pitney and his album, definitely.

This song feels like a travel back in time. Even though I am much more in modern country, this feels like “Good, old times” and not like old and to often used sound. Very melodic, a good listen.

Looks Like Rain is another great example how Pitney produces a quite traditional sound without giving a feeling of being outdated. Indeed this modern traditional, handmade and straight music, not taking too many elements from other musical styles, especially other pop music. Concentrate on your strength, do not imitate what people like about other genres – Pitney just does it right.

6. Boy Gets The Girl

The song does not feel like a blast to me, but finally it just touches me and does not let me go any more. Ain’t that one of the best things you can say about a song? Good one!

Pitney released that song already some five months before the album. Again, a very straight and powerful track – this time with a strong focus on the vocals. Nice listen.

I missed to use “traditional sound” or “good old times” in the last track… Pitney is reminding me of using them in this just cool collaboration with Marty Stuart and Ricky Skaggs. The dominating instrument of Old Home Place is the banjo and the guitar leading to a really nice hook-line as recorded some 40 years ago.

I just leave you with this track, stating that I enjoy listening to it – as I do with the whole album so far.

10. Mattress on the Floor

Mattress on the Floor is close to four minutes – and that is well-invested time to give a bit more space for melodic and instrumental moment. The song is classy, feels very strong, but also has quite emotional and quiet elements. Well done.

The piano start of this quick and easy track made me smile from the very beginning. It’s light-fooded, easy, close to childish atmosphere just gives you good attitude. There are still surprises in this album – Local Honey is definitely a great additional to the album,

Ain’t that something like the soundtrack to that album, to Mo Pitney’s music? At least, he is doing a great job with this classic sound. Love it.

Jonas is is deep and slow track at the end of the album. A very thoughtful and spiritual track . It is a very impressive and catching song. Wow.

Here is the Spotify widget for Ain’t Lookin’ Back:

Call it tranditional, classic – or just timeless. Mo Pitney’s style on Ain’t Lookin’ Back is looking quite a lot back to previous decades of country music. The songs are all modern and a good listen, though. On the one hand, you feel like “you cannot love this old-style stuff” – but Pitney just does it right in a way you have to enjoy it. Great album!