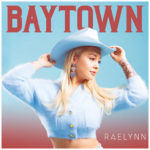 I definitely like the powerful RaeLynn. After one EP and one album, the Texan girl is presented her new EP Baytown on 14th August 2020. Here is my view on it.

RaeLynn – About The Artist

RaeLynn’s civil name is Racheal Lynn Woodward. She was born on 4th May 1994 in Baytown in Texas. Her career started in 2012, when she has been eliminated in the quarterfinals at The Voice. While her 2012 debut single Boyfriend just had average chart placements, God Made Girls (2014) was in the Top 10 of the US Country charts. The song was part of her debut EP, Me, which also placed in the Top 10. RaeLynn has released one album so far, her 2017 WildHorse topped the US Country charts. However, on the singles charts side, RaeLynn only had limited success with some tracks in the Top 50. Baytown is her second EP so far. 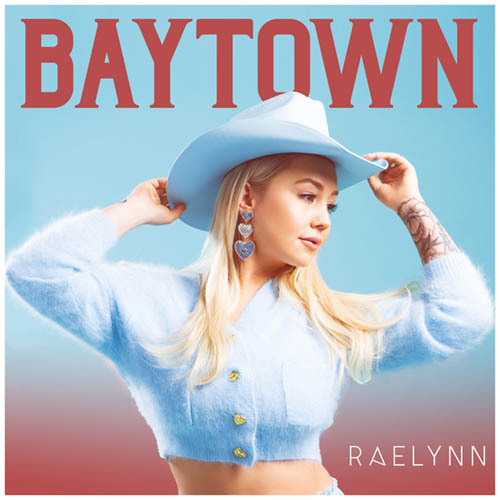 Three of the songs of the album have been released before the EP – and Keep Up is likely tje most prominent one (one of the tracks she already performed in May 2019 in Amsterdam). Very typical RaeLynn song, promoting a cheeky, but somehow lovely Southern State country girl.

Still Smokin’ is a slower track with a nice groove, so that feels still like a dance. Definitely nice – I enjoy that RaeLynn just got her style and not only producing mainstream tunes.

The EP is having surprisingly many slow moments. It is indeed a track which she released about half a year ago on YouTube in a piano version – but I also enjoy that studio recording. To me, the best song on the entire EP.

That’s quite traditional RaeLynn track – though I don’t like religious references too much, I like the gospel-alike touch of the song, which leads to a quite nice sound.

I very often feel that RaeLynn is too much promoted and managed like that power-cheeky country lady I wrote about for example in Keep Up. The more I love her latest Baytown release, Me about Me, which is a very intimately-feeling ballad track. Love it – even though there are other songs of that style on the EP.

Finally, a song you likely know already. Bra Off is somehow like Keep Up – RaeLynn makes me smile when she records and performs songs like that, but on Baytown, I liked the more “uncharacteristic” tracks even more. Still, the song is fun, no argue against it.

Here is the Spotify widget to Baytown:

What I like about Baytown is that it shows quite a nice variety of tracks – RaeLynn proofs that she is more than this slightly girlish, slightly sassy country pop girl. The “other styles” are really good on her – I would personally even say that I prefer them. The EP gives some of these musical facets. It is a pretty solid one, but not at the highest peaks of country music.