Slovakia had their third match on Friday evening, concluding the first round of matches of Qualification Group 4. Being nominally one of the two stronger teams, they were definite favorites against the Dutch, who have proven to be tough opponents in the past. Apart from goalkeeper legend Lidwien Reehuis, who just gave birth to a child, the nominal home team had a good mixture of experienced and new players. Slovakia had a tough time at the Under 19 WFC 2018 and thus had to rely on existing staff.

After the Spain vs. Germany and Austria vs. Russia matches had some dramatic elements, you could hope for some good action in Trencin again. The arena was comparably full for the first time as well – the official attendance of the match was 463.

There is a designated full size picture gallery for this match. 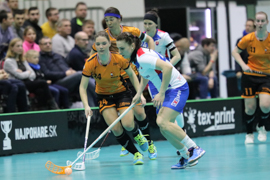 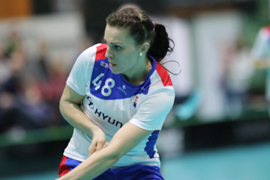 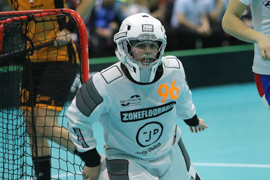 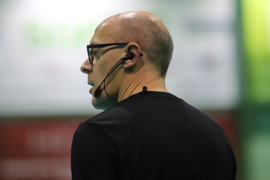 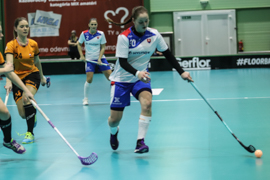 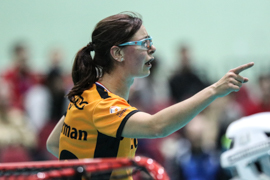 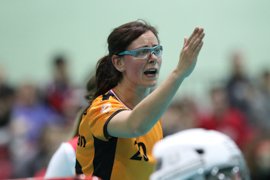 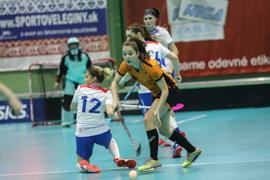 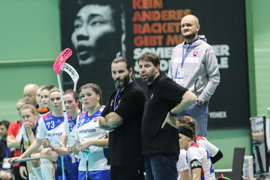 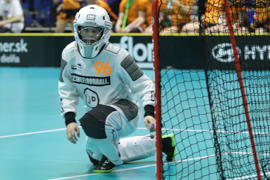 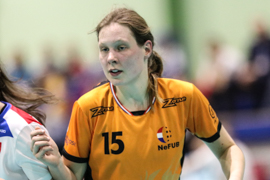 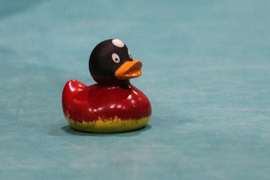 The second period started even better for the Netherlands: Rebecca Krauts tied the score after two minutes. Slovakia still struggled to find a way through the Dutch defense. However, when the Netherlands had the big nominal opportunity to take the lead in power play (Katarina Klapitova, 27th), the hosts had two great fast-break chances, the better one by Alzbeta Durikova. Nevertheless, the Dutch felt very confident – but they could not keep it up. 92 seconds turned the match: Lena Lencesova took the lead for Slovakia after 32 minutes. To make the situation even worse for the “Oranjes”, defender Lisa Koopmans twisted her knee some thirty seconds later in a duel. In the same minute of the match, Denisa Ferencikova took the rebound from strong Ditte Moejes. After 33:32 minutes, the score was even 1:4 – Jana Troskova already took some sort of decision.

The Dutch did not give up and slightly recovered from that shock, but they now had that big deficit on the scoreboard. The Dutch defense just felt to be back in the match when Sponiarova did the stab in the back of the team with her second and third goal in the last two minutes of the period. 1:6 after fourty minutes felt too definite to hope for an orange comeback. 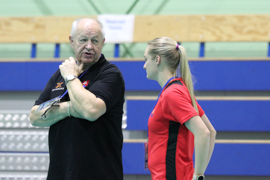 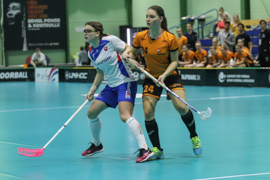 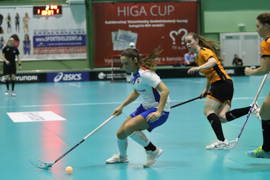 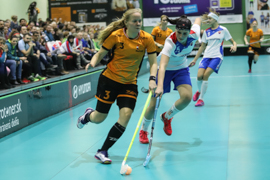 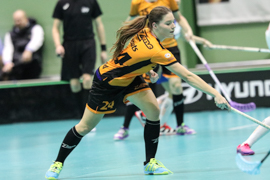 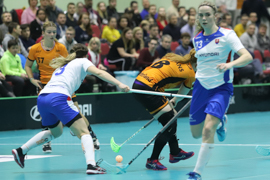 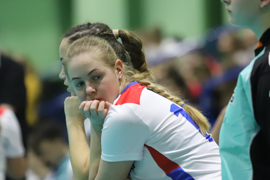 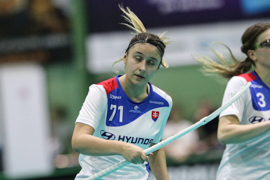 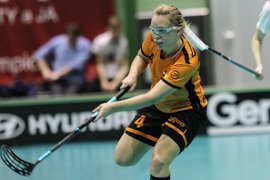 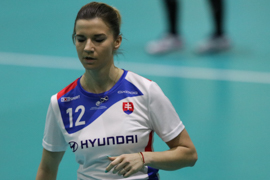 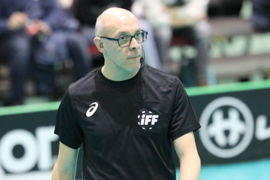 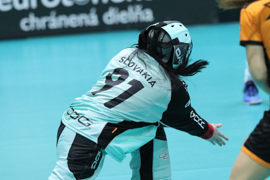 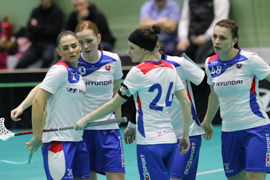 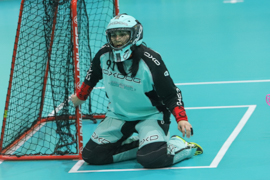 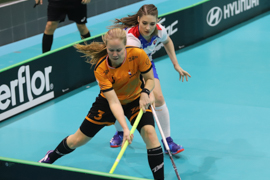 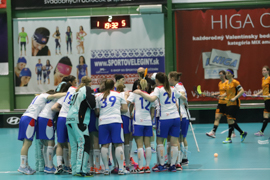 Not too much of a change in the third period

The third period was quite amazing: there were three goals within 35 seconds of the 54th minute, while no other score happened in the whole remaining period. Sponiarova raised her daily account to four goals first, while Krauts closed up the score again. Viktoria Grossova sealed the final 8-2 victory for the Slovak girls.

Netherlands vs. Slovakia – My View of the Match

The Dutch expected to have no chance against the host. Finally, they were much closer to an upset than the final score said. Some minutes in the second period were the turning point of the match after an amazing performance by the Netherlands.

From a Slovak perspective, it is less the result, but the match, which may bring some trouble. In their second match against Hungary, they have to show a significant improvement in their game – otherwise, they will at least be close to an upset again. The four-team Trencin Group Europe 4 seems to have a lot of potential for interesting constellations on the Road to Neuchatel now.

You may find 184 pictures of this match in that gallery: