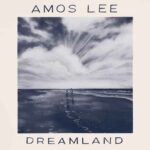 Amos Lee’s melodic sounding songs have lead to a wide national and international fan support already. With Dreamland, the US East Coast artist is doing his eighth studio album so far. I had a listen to the 11th February 2022 release.

Amos Lee – About The Artist

The civil name of Amos Lee is Ryan Atnhony Massaro. He was born on 20th June 1977 in Philadelphia. His music is a blend of folk, rock and soul elements. He originally worked as  a schoolteacher and bartender and became a professional musician at the age of 27 only. Start with a 2005 self-titled debut album, he has published seven studio albums so far. His biggest success was the 2011 Mission Bell, which topped the US overall as well as the US rock charts and even lead to chart placements in Germany, the Netherlands and Switzerland. The leading single was Windows Are Rolled Down. While the international success faded, all of his following albums still made it into the US Rock Top 10 Billboard Album Charts. 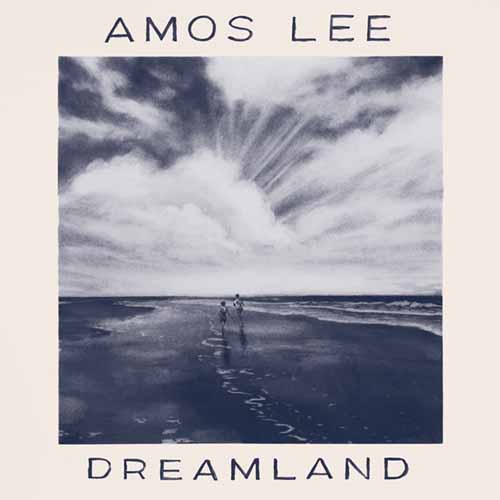 Even though the title track has not (yet) been a single release of the album, it is such a powerful statement. A beautiful, energetic song with a lovely piano melodic theme. Amos Lee’s vocals feel like the perfect introduction into the Dreamland he wants to take us to. Beautiful beginning of the album.

The second track, Worry No More, has been selected as the leading single of Dreamland. It nicely connects to the thoughts in the title track and almost has a mantra-feeling supporting it. The song is also a lovely illustration how the artist is merging elements of rock, soul and folk to a beautiful blend.

How You Run feels like a powerful soft rock song. Especially the chorus has a lot of dramatic presence, even though it is repetitive. The track may not be the deepest of the album, but it simply stays in your head.

Into The Clearing represents what I love about music. For slightly more than three minutes, the song creates a magical aura. You hold on, listen to the story of the song and enjoy. The almost screaming I can be free again feels to be right next to you. After these three minutes, the magic is fading, but it leaves an intense story in your heart. To me, the best song of the album.

Hold You is a beautiful melody, which feels very intimate and emotional. Quite a contrast to the intense listening experience before, but nonetheless a lovely song. I wanna hold you // I just wanna hold you – I am sure that there is no “No” by the person which is meant by this track.

The clapping rhythm and the strong groove leads to one of the most soul-alike listens on the album. Really cool vibe – can you refrain to move to this rhythm? Great one!

The seventh song is a beautiful ballad. Again, Amos Lee is great in creating a beautiful aura around the song. This time, it is a bit of plushy, but that just increases the emotional experience. Lovely three minutes.

Seeing Ghosts is reflecting about people with anxiety disorders. The vocal performance is in focus during the listen to this track. Another song which is nicely on point.

This single release is adding a very different style to the Dreamland. First of all, Amos Lee is impressing with a falsetto performance on the chorus. Secondly, the song comes with a strong R&B groove. Again, a song which almost feels to force you to move to the music. I am sure many of you have this one on the very top of their favorites. I enjoy it as well.

Clean is a lovely, quiet guitar ballad with some rhythm in the background. One of my favorites, even though it has a bit of a pop touch.

Invisible Oceans connects to the quiet, intimate style of its predecessor. Good song, which can be described best as a fragile folk song. Nice farewell from this eleven song travel to Amos Lee’s Dreamland.

Here is Dreamland on Spotify:

Dreamland is such a beauty. I love the was Anos Lee is arranging lovely melodies and great atmospheres around his stories. The album is so entertaining and also comes with some surprising themes. Absolutely love it – an easy choice for the Top Pick! rating.