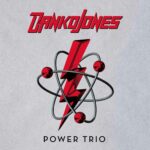 Hard riffs from Canada: Danko Jones is active since a quarter of a century already and have fans worldwide. Their tenth album Power Trio came out on 27th August 2021 – I was curious about their music and share my thoughts with you.

Danko Jones – About The Artists

Danko Jones are active since 1996. The hard rock band has been founded in 1996 by Danko Jones, who is the lead vocalist and guitar player, bassist John Calabrese (who was formerly named Scaltro as well) and Michael (formerly Gran Sfigato) Caricari. It is quite remarkable that Jones and Calabrese are still active as founding members of the trio, which had seven different drummers in their history. Nobody has been responsible for the rhythms for a longer time period than the current one, Rich Knox, though. During the first years, the act more and more established in their home region, Toronto, and step by step even played legendary venues like the Maple Leaf Gardens. In 2002, they finally released their debut album Born a Lion. Since then, they have been really active – Power Trio is already their tenth studio album. Their greatest hit in sales s likely Full of Regret from the 2010 Below The Belt album, which placed fifth in the Canadian rock charts. The band is popular worldwide and played numerous European tours, but also in Japan. 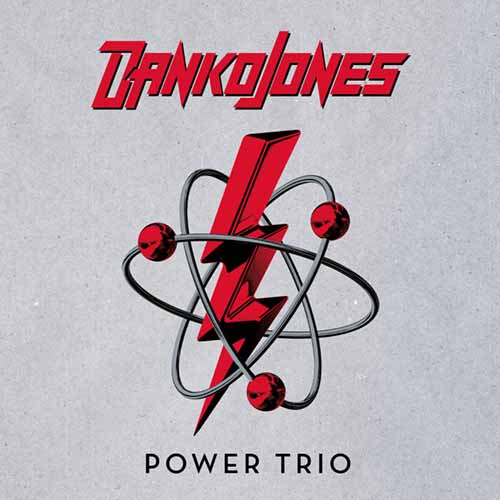 Already with I Want Out, Danko Jones sets a certain direction for their album. Just as the majority of their previous works, the song is powerful, feels dirty – but by that also has a lot of rock’n’roll spirit inside. Nice.

Quite a surprising sound at the second track of the album: the song initially felt a bit of an alternative rock style to me – but finally, Good Lookin’ develops a punk rock soul. I wouldn’t rate the song as such that high – but you just cannot deny that especially the chorus has a nice touch.

Rich Know has a busy time on this Saturday – quite a fast, driving rhythm is the key element of this song. Cool song, good sound with a lot of speed.

Ship Of Lies almost has a touch of a pop track. It is a very easy – you could also say: simple track at the beginning, but then develops towards a good rocker with catching riffs in a great main theme and a vocal style which reminds me of the legends from Down Under. Good one.

This fifth song starts a bit slow, but with the chorus latest, Raise Some Hell develops this special touch which makes you move. Nice party rocker with a nice groove. Even though I like hell to sound a bit darker and heavier.

Listening to the different songs of Power Trio also makes me think of other bands. Ship of Lies had some AC/DC-alike passages – Blue Jean Denim Jumpsuit could be a B-side of an Aerosmith single. Doesn’t that also illustrate that Danko Jones do a good job. Even though this one turns out to be a bit more darker and dirtier than Aerosmith are – the album just has very different methods to make me smile.

Don’t you let them get to you // you can’t let them wait – the chorus of this track with the long ending in every second verse creates a very characteristic sound again. I guess that this song is also a fun one if the guys perform in front of their fans.

Dangerous Kiss welcomes the listener with a firework of guitar riffs. No doubt, this one is made for rocking. A challenge for the instrumentalist, who have to go for their quickest hands. No time to relax – but the song is rather short and just barely misses three minutes.

Let’s Rock Together feels to be strongly influenced by empty arenas and the missing chance to play concerts. I guess Danko Jones will soon have some chances to rock together again – even though other tracks than this feel to add more value to me.

There is a lot of punk style in Flaunt It – some parts are a bit of pop-ish. On the other hand that will be an element driving the masses on Danko Jones concert. You likely have to rock with these guys when they do this party anthem live.

Is there a better way to Start The Show at the very ending of the album than doing it together with Phil Campbell? The former Head of Riffs on the Mötörhead crew is grabbing the guitar in this song and just assisting to finish this album with a really good feeling. Long live Rock and Roll!

Here is Power Trio on Spotify:

This album definitely made me smile. Even though a few rare episodes of Power Trio are not absolutely convincing, the album overall is a lovely, entertaining listen. The trio just does a good job and absolutely proof that they are what they state to be by this album title: a Power Trio. Enjoy listening!