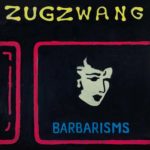 Zugzwang (which literally means “being forced to move”) sounds like a German album. But in fact, the band Barbarisms, who recorded that release have met in Sweden and are doing music together since then. Being already their fourth album, Zugzwang is released on 23rd April 2021.

Barbarisms- About The Artists

Barbarisms is a band from Stockholm, Sweden. The band has been found when the American Songwriter Nicholas Faraone met his two bandmates Tom Skantze and Robin Af Ekenstam in the Swedish capital. He has been living in Europe already for a while and decided to move from Paris to Scandinavia. The musical background of the band is very diverse, from post-punk to folk music. They debuted with a self-titled album in 2014. So far, they have released two more albums, Browser (2016) and West in the Head (2016). Zugzwang has been written due to a break-up and the feeling that you have to move on. 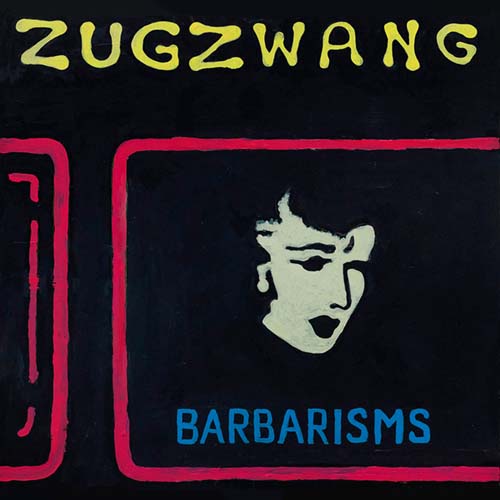 1. I Want To Change My Mind

There is no idea of “getting a brief first impressions of the band” at this opener to Barbarisms’ fourth album. The rhythmic track, which is majorly vocals accompanied by acoustic guitar is the longest song of the whole album. It features a total duration of over seven minutes. Impressive. You need to listen to the lyrics closely here, though. The melodies of I Want To Change My Mind only do not deliver sufficient entertainment for these seven minutes.

The second song is about living in Central Stockholm. I like this song much more, as it just comes with more accentuation to the story, a higher variety of melodies and styles. It just makes it easier to listen to the lyrics, which are beautiful storytelling indeed.

Another Sunday morning,
jaw sore from vomiting
All the plates they pile up
all both my clothes need washing
and I walk the floor
like I’m still looking for
a singular emotion

Another Sunday Morning about an – obviously – hard party night. I just love to listen to this story. The lyrics are so straight, they feel so honest. Emotions you can relate to, if if you are not a partying guy.

Asteroids is not too much giving you a space feeling, but it is a nice folk track with lovely piano tunes. There is even a touch of country in the song. There are a lot of repetitions, though, which makes the song feel a bit of monotonous and boring if you don’t concentrate on it.

Listening to this album is demanding. The lyrics behind the fifth track, An Actor Prepared, are again lovely and very descriptive. On the other hand, having an almost six minutes song with a that limited range of chords and melodies almost feels sloppy. Thus, it requires a lot of concentration from my side to mentally stay with the songs and listen to the band. Sad. Their stories are so good to listen to.

A true Zugzwang song and to me somehow the hidden title track of the album. A song, in which Faraone is also talking about his migraine and how to distract himself being on the road. My favorite track of the albvum.

The melancholic Wooden Nickles is a breakup song and is dealing with all the emotions stepping into the next chapter of your life. Very limited again, but the way he presents the emotions, the despair vocally makes it much easier to relate to the track.

Faraone wrote this song when he came back to Sweden to finish the work on the album. The song is comparably melodic and again comes with a nice metaphoric language.

The album closes with a track which is reflecting the memories of traveling through Canada and exploring the beauty of the Canadian province Saskatchewan. It feels like a nice way to finish this travel under Zugzwang.

I will add the Spotify widget once the album has been published.

No doubt, Zugzwang is an album which is illustrating Nicholas Faraone’s excellent skills to write stories and put them into songs. His lyric abilities are great. On the other hand, the fascination of the stories told is working against very limited and thus not that rarely monotonous melodies. This is fascinating for a few songs, indeed. But it costs more energy and concentration than in fact necessary to follow Barbarisms for 44 minutes.