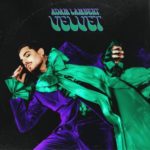 If you replace Freddie Mercury and tour with Queen, you are likely not that bad as an artist. While Lambert is scheduled to tour with the British rock legend, he also released his fourth studio album Velvet on 20th March 2020. I was really curious about it before my review.

Adam Lambert – About The Artist

Adam Mitchel Lambert, who was born in Indianapolis, USA, in 1982, is currently 38 years old. His mother has Romanian roots and is Jewish and gave this religion to Adam and his younger brother Neal. Though Lambert was born in Indiana, his family moved to San Diego shortly after his birth. He also did theater performances at young ages and did more intense acting and vocal coaching very early. He was quite successful in school bands and also took part in local professional stage productions. Though he did have professional jobs in this area from 2001 onward, his breakthrough happened in 2009, when he finished runner-up of the eighth season of American Idol. However, a lot of critics felt that he did not win the final show as he is openly gay. In November 2009, he released his debut album For Your Entertainment, which was a huge success with Top 10 placements in the USA, Australia, Canada, New Zealand and Sweden. The key single of the album was Whataya Want from Me. The 2012 album Trespassing even kead to top of the charts placements in the USA and Canada. His third album was The Original High, which has been released in June and was slightly less successful.

Velvet contains 13 songs and has a playing time of 44 minutes. Six songs have already been part of VELVET: Side A, an EP released in September 2019. 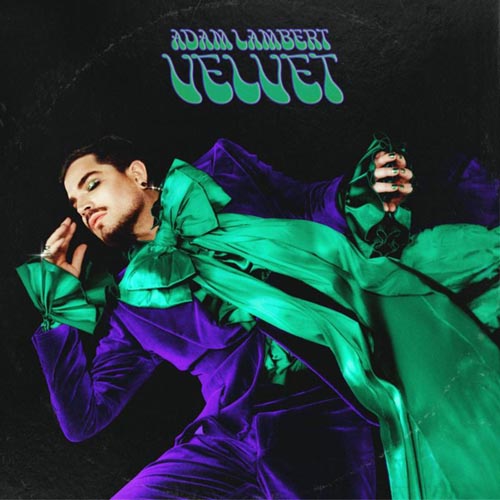 The album starts with the title track – Velvet is a striaght (and good pop track), nice for the dancefloor. Nice prologue of this 13 part storybook.

There’s something missing, and I’m pissed
And I got something to say (Oh, yeah)
All of the witches and the demons
Better get out my way (Ayy, ayy, yeah)

Yeah, there is an [Explicit] behind this track on Amazon Music. It is a straight and clear track against discrimination. On the music side, you will find a lot of funk elements in this song.

Now I’m rockin’ Versace with my dog
In my shades, I’ma slay one day, y’all
I’ma fuck up a check and spend it all
I’ma have a tequila kind of day (Hey, woah)

The third track is more melodic, but still feels a bit like a 1970s one. The lyrics do not really lack a big portion of self-confidence.

It is just the fourth track of the album – but I already feel some sort of boredom. Loverboy is not a bad track, but it is so similar to the last two ones – how was the Stranger You Are thing like again?

Having Nile Rogers (who, for example, produced Le Freak by Chic) in this track feels to promise some new groove and soul. Roses may be a bit deeper and better than the tracks before, but it still feels to limited.

The slower Closer to You, which has stronger piano elements and partially even sounds like lounge music, feels to be a potential turning point. The ballad is the best track on the album so far.

Overglow definitely brings some new sounds to the Velvet album. The chorus has a lot of potential to me – but the verses are rather lame. Still a track I appreciate.

If you ask me about the best thing about this track – I am sorry to say that it is the shortest song on the album. I just do not get in touch with Comin In Hot, even after having heard it multiple times.

Unfortunately,On the Moon is longer. 3:58 minutes. The chorus might have quite nice lyrics, but the track itself is as thrilling as a live coverage from a closed down soccer stadium under the current Corona conditions. The album started promising, went on average – unformately, the downwards trend continues.

The most interesting about this track is likely to speculate about why Lambert went for this intentional misspelling in the song title. Otherwise, I recommend a potty break or the forward button – even though guitars in this track given an iinteresting riock element.

There are songs which are nice for a party or for some drinks. Some make you think and tell you a nice story. Some make you smile and give you enjoyable three to four minutes. If you love music, you may also be amazed by a great mixing, production. The elements of Ready To Runare not bad, you might even have a nice track if you produce it differently. But this version does not work at all to me.

I would not say that New Eyes is some sort of ice breaker, which is bringing Velvet at least back to an average. The song is still just too weak in my point of view. But at least it is significantly better than the previous ones.

The lovely ballad Feel Something at the end of the album is far away from a chart-topper as well – but it so nicely shows the huge talent of Adam Lambert. Bad luck that it has been wasted in major parts of this album.

Here is the Spotify widget to listen to Velvet:

I felt so ashamed when writing the album review: Adam Lambert is such a talented artist, the album starts so well – but overall, Velvet gets weaker the longer it runs. At a couple of songs, it feels like the song itself has some potential, but the chosen arrangement and production does not touch me at all. Less than average, definitely.

In late summer, Adam Lambert will also head to Europe and play some shows there. Maybe, there is also some show for you?