Crowbar - Zero and Below 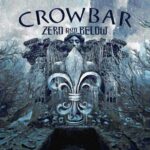 About a year ago, I reviewed Dream in Motion by Crowbar’s singer Kirk Windstein. On 4th March 2022, it has been his band project, who are publishing a new album. I received Zero and Below via a promotion agency and had a listen before already – here are my thoughts.

Crowbar – About The Artists

Crowbar is a sludge metal band, which has been formed in 1990 in New Orleans. Kirk Windstein is the only founding member still active for the project. The singer and rhythm guitarist is nowadays on stage with Tommy Buckley (drums), Matt Brunson (lead guitar) and Shane Wesley (bass). The background of Crowbar is a hardcore punk band named ShellShiock, whose guitarist Mike Hatch committed suicide in 1988. The project initially renamed to The Slugs and became Crowbar in 1991 – the same year they released their debut Obedience thru Suffering. Zero and Below is the band’s thirteenth album.

Crowbar – Zero and Below – Track by Track 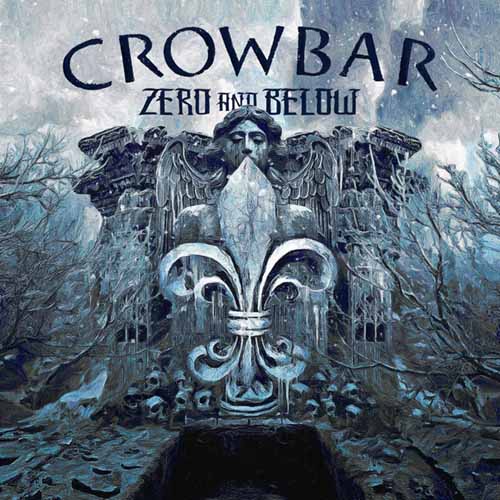 1. The Fear That Binds You

The last Crowbar album, The Serpent Only Lies, has been released six years ago – so having a good starting point for Zero and Below might lead to a good feeling from the very beginning. Indeed, the US Americans hammer their typical sound in a  lovely precision. Band will smile brightly after this song already. Nice, powerful work on the guitar side.

2. Her Evil Is Sacred

After this powerful welcome statement, Crowbar reduces the pressure on the throttle a bit and slow down the pace. Are these guys getting old? A bit too early on the album to take a first break. Unfortunately, the track does not really reach its potential until its very end.

The bad thing about the track-by-track format I selected for the vast majority of my review: You should neither copy and paste nor write something like “Same as previous song”. The song comes a bit more of darkness and fearful atmosphere, but overall, the song just does not reach the quality of the opener – has the bar already been set too high?

It’s definitely a good thing that Chemical Godzhas already been a single release (I am not allowed to share the video on WordPress, you have to watch it on YouTube). Thus, we know that the song has that Crowbar signature, the powerful, stomping, a bit of sloppy sound. Much better than the two tracks before.

5. Denial Of The Truth

The fifth song is the acoustic paradise for doom metal lovers: The Americans just do great and even the darkest metalhead will have a smile in his or her face while listening. Great one.

6. Bleeding From Every Hole

The second half of the album starts with another single release. The song is just a bit longer than three minutes, but is has a very dynamic, quick rhythm with good breaks, which turns it into a really nice listen.

7. It’s Always Worth The Gain

The seventh song is a lovely shout-along for the next crowbar songs. The song feels to be very doom-ish and powerful, but also surprises with melodic sprinkles here and there.

The eighth track is another one for the Crowbar fans. The band plays it signature sound. They just cannot be below a certain level of quality – they are just too god. On the other hand, they can delivery damn good metal tracks, Crush Negativity is a proof for that.

You might not fall on your knees and start praying to the gods of metal while listening to Reanimating A Lie, but the song is a pretty nice listen. Not too special, but also not bad at all.

Saved the best for last? At least, Crowbar put the title track of their 2022 album to the very final spot. Five and a half minutes of Crowbar guitar sounds before you go for the repeat.

Crowbar – Zero and Below – Spotify

Crowbar – Zero and Below – My View

Crowbar just cannot do bad. They are too talented, are producing music for a too long time. I have been a bit worried that my general expectation about Zero and Below is wrong – but finally, the guys proof me wrong. They rock, they know what they need to deliver. Not too many surprises six years after the previous album, but simply a lot of Crowbar sounds.