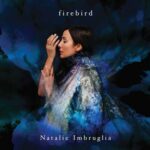 I’m all out of faith, this is how I feel I’m cold and I am shamed lying naked on the floor – these words made Natalia Imbruglia big. Her debut single Torn was truly catching our minds in the late 1990’s. Six years after her previous album, she is back with a new major release. Here are my thoughts about Firebird.

Natalie Imbruglia – About The Artist

Natalie Jane Imbruglia is an Australian singer-songwriter, model and actress. She was born on 4th February 1975 in Sydney. Her father has Italian descent, which explains the Italian-sounding surname. her first career steps were rather on the acting side – she started playing in commercials, but also in the soap opera Neighbors. In 1994, she moved to London and received a record deal there. Her debut single was already her most successful song: Torn was Top 5 in Australia and a lot of key European markets, including a chart lead in Sweden. This was also the basis for the worldwide success of the corresponding album Left of the Middle, which sold over seven million units.

Imbruglia is not at all a one-hit-wonder, though. The debut album had two more songs with very good chart placements, Big Mistake (Australia #6, UK #2) and Smoke (UK #5). In the 2000’s decade, she had five additional singles, which were Top 10 in major European markets or Australia. Her third album, Counting Down the Days (2005) was still a chart-topper and golden record in Great Britain. Imbruglia’s last album was Male in 2015m which was Top 25 in Australia and Great Britain. Nowadays, Imbruglia is British citizen. 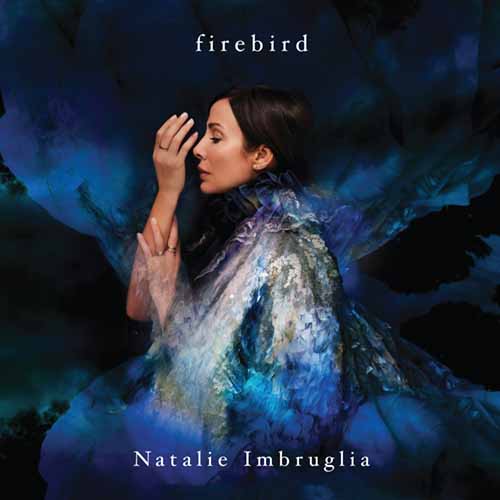 I frequently enjoy to use wordings like “comfort zone” in my review. Good opportunity to use it again – as this first song of Firebird indeed gives me a comfortable feeling that this album could be a good one. Nice pop track which is a bit stuck in the 1990’s – highly appreciated.

Nothing Missing comes with a new catching melody. Nice rock/pop song, which just gives you a good feeling and a bright simile while listening.

What It Feels Like is one of my favorite songs of the album. Imbruglia especially fascinates me with her voice, which is the present element in this happy pop song. A track which makes you move to the move to the music. Just like pop music should be alike. Really good song.

With the guitar sounds in the background, On My Way has a bit stronger rock music touch. However, the song has a very present rhythm, which still preserves the pop music aura. Nice listen, which likely made it an easy nomination as a single release.

The fifth song comes with a nice driving tempo and quite sudden changes in atmosphere. The chorus strongly reminds me of Kylie Minogue.

Just Like Old Times is not really slower than the songs before – but as the rhythm is not that present and the song is more concentrating on the voice of Imbruglia, I still have a certain “ballad feeling” while listening to Just Like Old Times.

7. When You Love Too Much

After a song, which “feels like a ballad” to real ballad. Beautiful gentle sound, concentrating on the singer-songwriter and her guitar. Lovely emotional moment.

The rhythm of Not Sorry created with the guitar and percussion is really cool, also a bit of cheeky. It almost reminds me of some girl band songs of the 1990’s. Good one.

Human Touch has a nice touch of folk rock. The echo creates a very atmospheric song. Really enjoy it.

Change Of Heart with its beautiful melody feels so incredibly nostalgic, so beautiful. Time feel to have stood still for some decades. I would rather call the song timeless and enjoy listening.

This eleventh song might have received a rather good rating if it was of the first songs of the album. I still feel it is a good song – but it uses too many elements, which have been used in other songs of the album. The most obvious are the strong and present backing vocals – which are nice to interact with the audience in case the song is performed live.

This track starts rather slow, but then gains a bit more power. Quite energetic song, which also has a certain dreaming character. I like it.

The second last song of the album again feels to have some Americana touch. The post-chorus part creates very-good-to-remember elements. The song changes from almost angry and threatening parts to very fragile passages. Cool composition.

The title track of the album closes the album with a very special character. A very atmospheric, almost mystic song.

Here is Firebird on Spotify:

Firebird is definitely a nice one. With the last tracks, Natalie Imbruglia shows some different flavors of her music and thus gives a nice final touch. A really nice pop album with very different sounds and a beautiful voice. I really enjoyed listening to the 2021 Natalia Imbruglia and – what I feel is very important – did not miss Torn at all during this review. Really good!