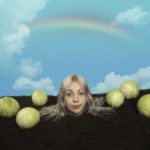 Third EP release by Lauran Hibbert: the British independent artist will be publishing Goober on 30th July 2021. I received the six songs before the that date from a promotion agency and have been really fascinated by her sound. Here is my review.

Lauran Hibberd – About The Artist

Lauren Hibbert was born on 8th July 1997 on the Isle of Wight. She grew up on the there and started to play the guitar and write song in teenage years. While her first EP Favorite Shade of Blue (2017) and her first single grew already quite some attention, she became well-known in the UK, when BBC Radio 1 playlisted her 2018 single Call Shotgun. The song already hit the milestone of one million streams on Spotify. This also lead to further successful songs like the 2019 single Sugardaddy. 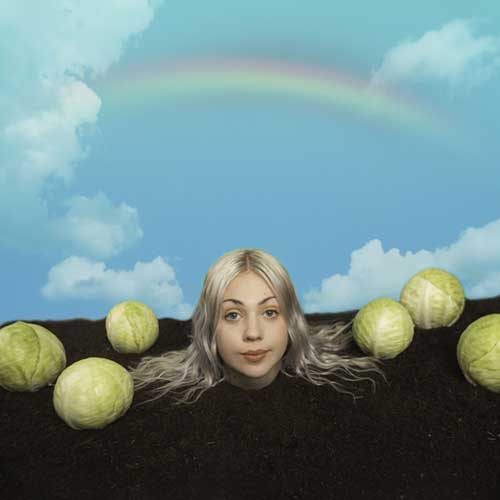 It is really hard to describe the song of Lauran Hibberd: groovy like blues rock, the sound of indie-rock or garage style. But then, there is also the ease of alternative pop songs. The first out of six results: Bleugh. Definitely a good one!

absolutely make me smile. The song has the ease and cheekiness of a teenager band – but on the other hand, it feels very mature, extremely well produced. Lauran Hibberd delivers a really cool track here.

Young ladies double power: for this song, Lauran Hibberd is sided by Lydia Night, who is even three years younger than the British and the lead vocalist of The Regerettes. This punk rock touch does definitely lead to the best song on the EP. Sounds like Avril Lavigne at her very best… or even slightly better?

If I could lift you and hang you from the chandelier
If I could pay to forget, you’d make it disappear
Let me squeeze you tight
I’ll sing you lullabies
Let me kiss you goodnight
I’m singing bye, boy bye

The song is a bit darker and quieter – at lease until the chorus. One of the songs Lauran Hibberd released before this EP. Definitely a good one, but I am still too amazed by its predecessor.

Crush is a very melodic song, which even sounds a bit of naive in the chorus. Interesting arrangement in this one, which leads to a special sound in a good way.

6. You Never Looked So Cool

Can this Southern English powerhouse also do the rather quiet sounds? In You Never Looked So Cool, Lauran Hibberd almost sounds like the new British rising star in country music. Lovely sound.

Here is Goober on Spotify:

Well done, Miss Hibberd! Goober is a really compact and great listen with some very catching highlight songs. The tracks also come with a signature sound. Impressive that a young artist can brand her music that well without being boring. Great one!