The Flyctory.com Country Music Playlists have become a very important – and very well reputed – part of the publications and work done by my website. I decided to upgrade that portfolio with a playlist on new country songs of the week, which will again be published on Amazon Music and Spotify. I also decided now to stop the European Country Music Playlist – I unfortunately just haven’t been able to maintain it. 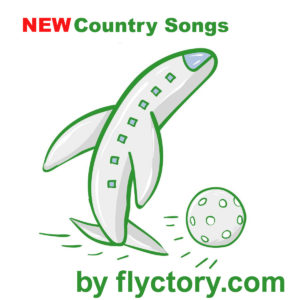 This playlist is aiming to promote new music. I will scan the new releases I am running into and which I find on befriended and artist website and just select a number of songs I feel you might like. The only condition to be part of the new songs: it needs to be a new song / single release (no parts of released albums or EPs), even if the song has already been part of a published album. And the second rule: no matter how good or bad the song is – I will strictly kick it after five weeks. I decided to update this playlist every Sunday for a temporary period.

Here is the link to my key playlists, the Flyctory.com Country Music Playlists on Amazon Music and Spotify: